While a larger modelling project is underway I needed a little distraction to see me through.  So I returned to Blackstone Fortress and painted the Rogue Psykers.

They can now go with the other models that I’ve painted so far and can form an allied Patrol Detachment to fight alongside my Death Guard.  I’ve got another 7 Traitor Guardsmen to do but in between other things I might do the Beastmen now.  Back when White Dwarf fleshed out the Imperial Guard (issue 109) I started building a Guard army but never finished it.  One of the the units the Guard could take was Beastmen, so I’m kind of getting close to the army that I never finished, or played. 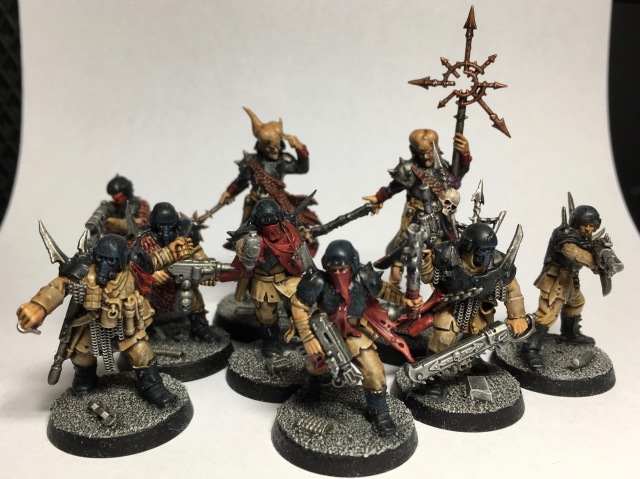 Cadia stands!  With the right side this time…

I’ve painted up a few more of the models from Blackstone Fortress to go alongside the Black Legion Chaos Space Marines I’d painted before.  The game does come with a mini-codex to allow the units from the game to be fielded in a game of 40k. 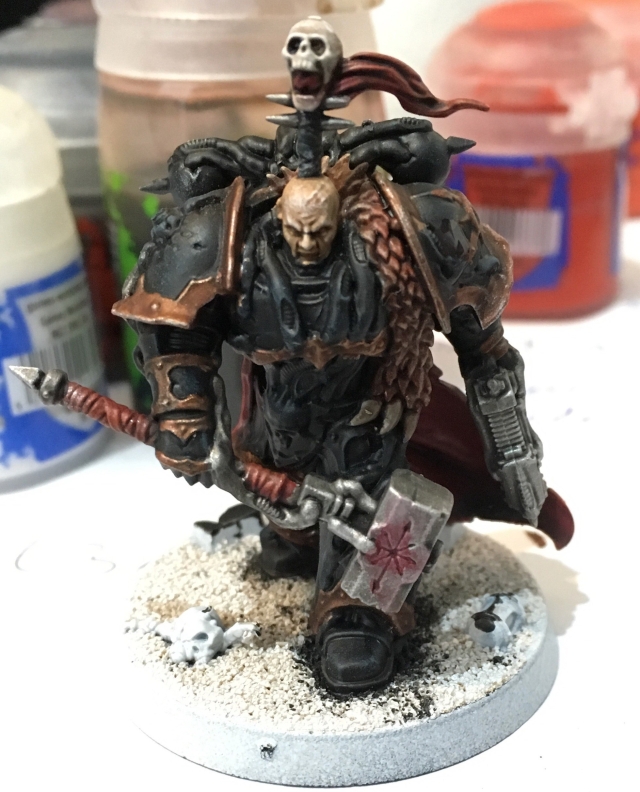 I was hoping that you would be able to blend them into a Battle Forged detachment with my Death Guard.  So they could be a cheap way to bulk out a detachment.  And you can do that with the Black Legionnaires and Obsidius Mallex (the Chaos Lord) as they have the Heretic Astartes faction keyword as do the Death Guard units.  The detachment will lose the benefits of being pure Death Guard, for example the Death Guard units in it won’t be able to rapid fire out to 18″, but if you build carefully that’s not much of a problem.  You could, for example, take units who only have melee weapons so there is no consequence.

However the Traitor Guardsmen do not have the Heretic Astartes faction keyword.  All they have is Chaos and Servants of the Abyss.  The Battle Brothers Matched Play rules from the FAQs stop Chaos being used as the Faction Keyword for a Battleforged Detachment.  So the only way to do it is to field a pure Servants of the Abyss detachment.  And that will be a Patrol Detachment, for which you’ll pay points but get no Command Points in return for a game.

So these models aren’t going to be a good way to build out a Death Guard army and pick up a few easy Command Points.  I have tried the Guardsmen, Marines and Mallex out in a small friendly game and they were fun to see on the table.  They also do look nice, so my plan is to keep on painting some more anyway.

I’m still waiting to see how the new releases from Gamesworkshop (Shadowspear, Abadon and the other new Chaos Space Marine models) could be used to expand my Death Guard.  Shadowspear does look awesome, but I think the only thing that might go into the Death Guard are the new Greater Possessed.  But if the Legion faction keyword they’ve got can’t be replaced with Death Guard then they’re not going to fit well.  Waiting and watching… 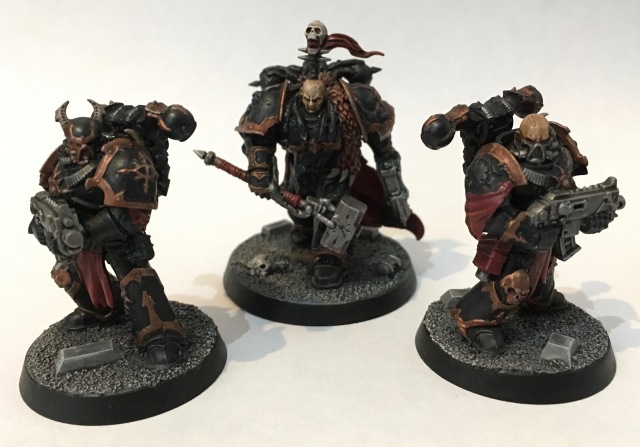 My Death Guard are nearly “complete” in that I own pretty much all of the units that I would like to.  So what do I do now?