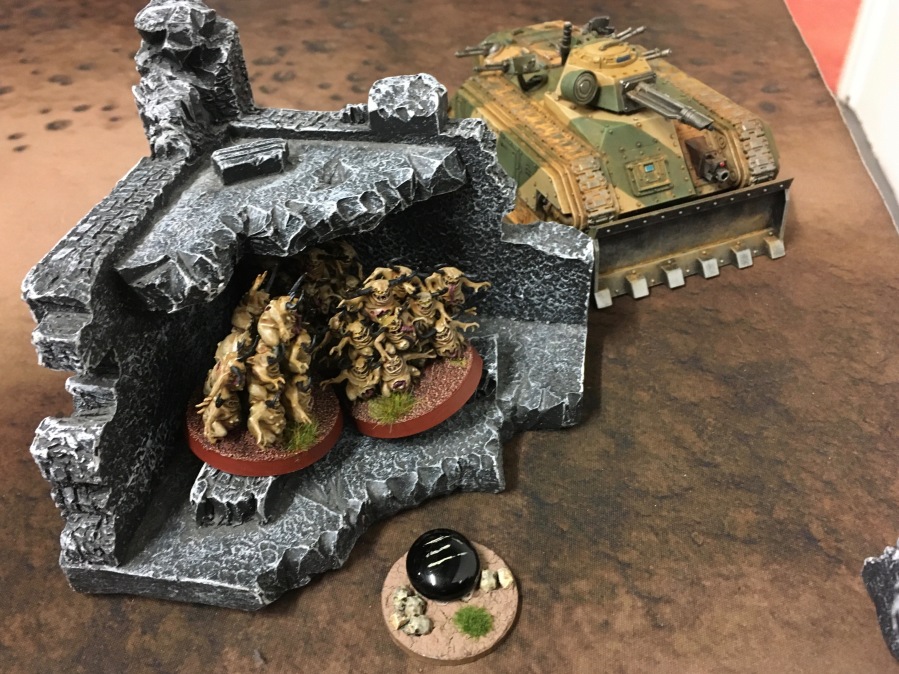 This was a rematch against Cadian Shock‘s Astra Militarum who I’ve played quite a few times.  Cadian Shock’s own write up can be read here:
https://cadianshock.com/astra-militarum-vs-death-guard-artillery

I knew that I wanted to try Epidemius out again as I’ve only played him once before.  This game was going to be slight larger than that one, 2,000 points  rather than 1,750, and so I had a bit more room to take even more Daemons.  More Daemons maximises the chances to trigger the buffs that Epidemius provides and maximises the number of units that benefit from those buffs.  Given that I had a few more points I worked Rotigus into the list and spent a little bit more on taking some extra Plague Marines, three squads of five this time.  My worry was that Cadian Shock was going to bring a plethora of Leman Russ tanks, as he’s done before, and given that this list would have a real lack of S8 anti-tank weaponry I might have trouble dealing with it.  If I could get Epidemius to trigger his buffs then the Plagueburst Crawlers would end up with S8 auto-hitting weaponry.  But it could be a problem.

END_OF_DOCUMENT_TOKEN_TO_BE_REPLACED 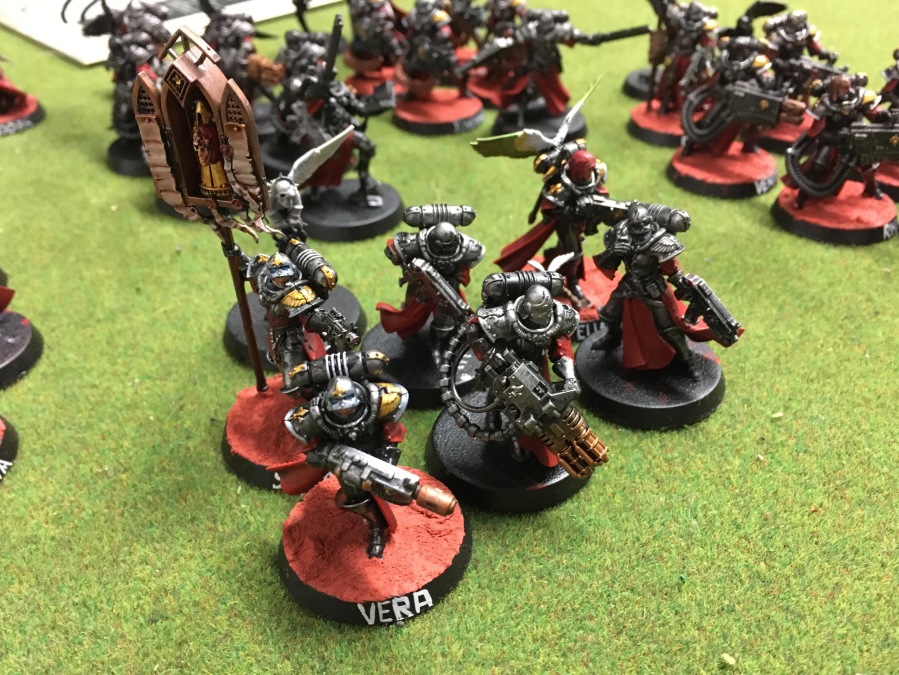 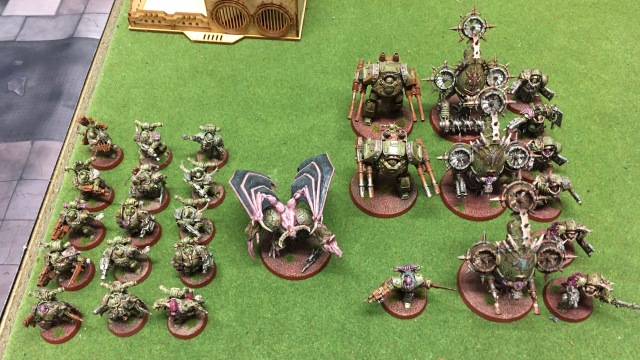 This was going to be my opponents first game with the new Adepta Sororitas Codex (can I just say Sisters of Battle?  I probably will in this article) and my first time facing them.  This lead to a few thoughts.

With all that in mind there wasn’t a lot of room left, so I took two Dreadnoughts one with twin lascannons and one with twin butcher cannons.  That would give me some anti-armour and some anti-tough infantry weaponry.

And that’s me done.  One battalion, so not a lot of command points, but that’s OK, it’ll be fun.

END_OF_DOCUMENT_TOKEN_TO_BE_REPLACED 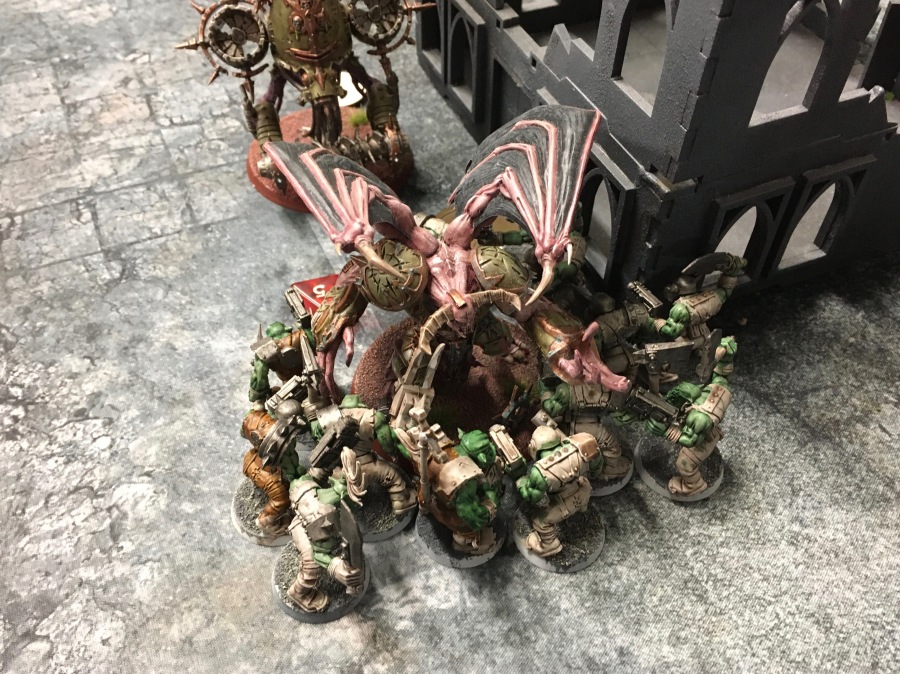 I’ve played this player and his Orks once before and managed a victory, this so this is a rematch.

Epidemius was ready to hit the table, he buffs Nurgle Daemons, so this list was all about taking as many of them as I could.  Epidemius’ ability isn’t limited to Daemons from the Chaos Daemos codex.  A number of Death Guard units have the required key words, so I would be using them as well.  I set myself some rules which were that if I didn’t take a Daemon unit in a Death Guard slot then I had to take the cheapest option.  So one of my HQs was a Chaos Lord and two of my three troop choices were Cultists.  For the third troop choice I did break the rules and took Plague Marines, I like Plague Marines.  I knew that my list had a weakness in that it was really lacking in anti-armour capability.  I had no Helbrutes, Dreadnoughts or Plasma.  If there were a lot of T8 vehicles in the army I was facing then I would have a tough game.

END_OF_DOCUMENT_TOKEN_TO_BE_REPLACED

It’s reasonably quiet on the hobby front so I thought I’d note down a few thoughts about another 40k book that I’ve read.  This time The Lords of Silence by Chris Wraight. 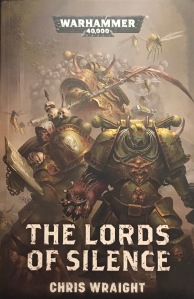